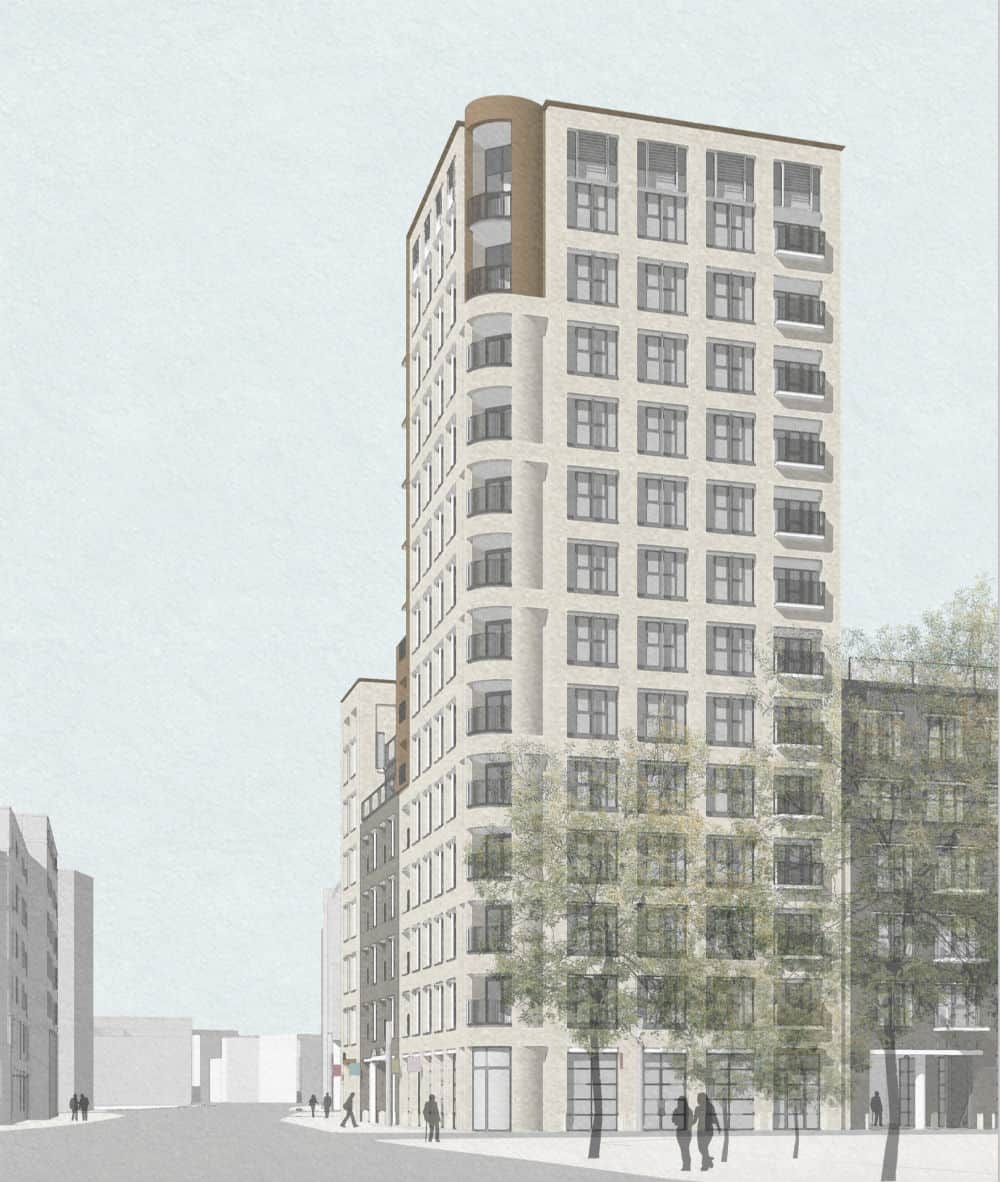 Southwark Homes have submitted plans for a 13 storey mixed residential, office and retail building fronting Borough High Street and Harper Road. The building is branded as King’s Place, and is designed by Allies and Morrison, whose offices are nearby.

The building will step up between 4, 6, 7 and reaching 13 storeys, providing a total of 106 apartments. The tenure of the flats isn’t indicated at this stage. Just over 1,000 sqm of retail and of offices will be provided, plus 400 sqm of flexible office or community space.

The design of the scheme presents as several autonomous buildings, with the tallest block on the corner. The palette is of various coloured bricks, alongside various balcony and mansard roof textures.

A publicly accessible internal courtyard is proposed within the scheme, where renders show market stalls.

They’ll be replacing seven existing private units, three of which are studio flats. The site also contains Sandwich Box within a characterful building, and several post-war office buildings. A small part of the site previous had permission for five apartments.

Space for over two bikes per flats are proposed, with only car

Southwark Homes is wholly owned by Causeway Homes, registered in Antrim – we were unable to uncover any background on the developer.

While neighbouring buildings are significantly shorter than the proposal, it’s located close to Elephant and Castle, and a scheme involving two towers of over double the height is being worked up by Peabody for the site opposite. 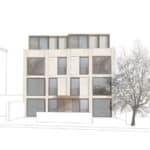