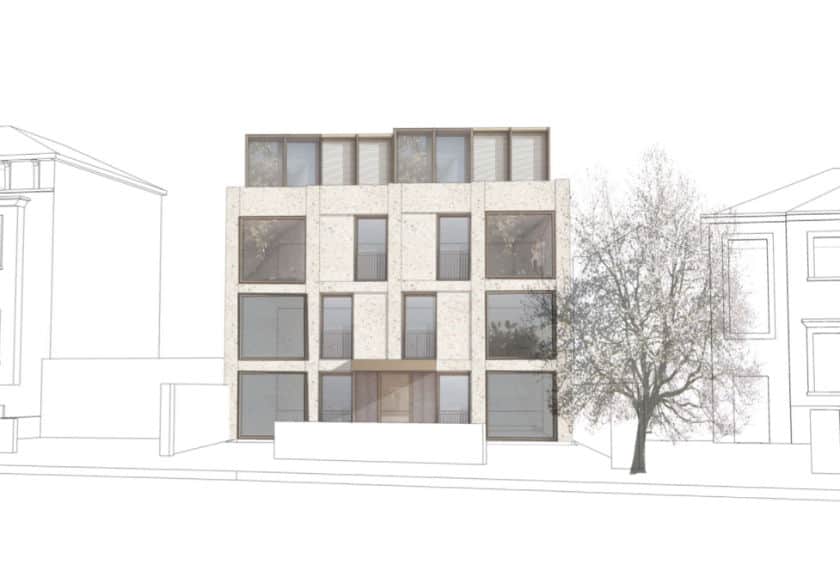 The existing house at 168 Queens Road is a two storey Victorian villa, sandwiched between a Tyre shop and a larger semi detached house. A previous pre-application scheme was worked up which contained the adjoining Tyre shop, but this has since been dropped.

The design, also by Tikari, consists of three storeys of polished-concrete facade with expressed aggregate, with a mansard of anodised metal and glazing. Large, single paned square windows are proposed for the edge of the front facade. 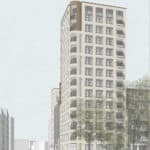 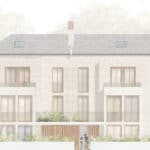