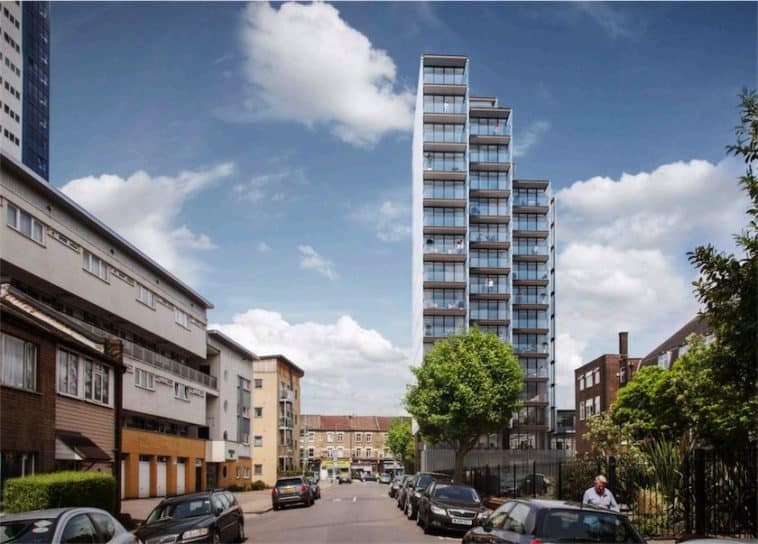 Plans have been lodged for a 15 storey glass apartment block in Battersea at 3 Culvert Road. The site is a former caretaker’s residence, and is located some distance from other large developments in Nine Elms.

The scheme makes heavy use of glass and bronze-coloured metals, giving it a particularly high end appearance – a particularly welcome change from the predominance of New London Vernacular brick blocks which have become de rigueur.

The application was submitted by Parkview Battersea Limited and the Harris Academy, a local school, with JLL as the agent. They’re proposing 39 flats, 12 of them intermediate tenure, the rest private, to replace the one existing house on site.

In addition there will be 1,248sqm of offices and 1,325sqm D1 floorspace, which will support 122 employees.

The scheme has been designed by Jo Cowen Architects. In addition to the residential building, they’ll also be a new sports hall on a nearby site and a cafe.

While most new build in the area has been low-rise, the existing local context includes a significantly higher council tower, that was regrettably reclad in unappealing grey and blue panels. Nevertheless local NIMBYs are already objecting to the scheme despite the benefits it offers the school. School-led residential development has become more common this year, in part inspired by Hackney’s pioneering work including a substantial tower on Nile Street, Hoxton. 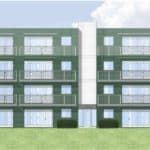 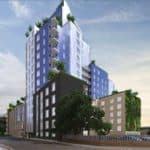