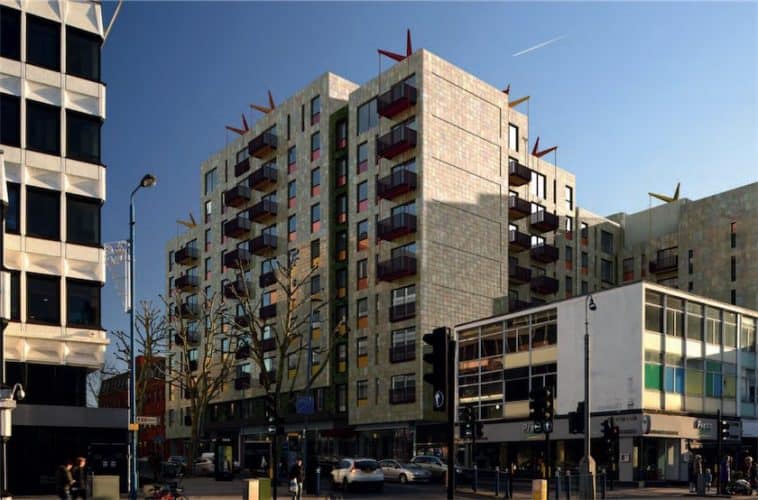 Trust Real Estate & Savills Investment Management have lodged plans for a residential-led scheme in Putney known as Levellers’ Court. The site, at 45 – 53 Putney High Street & 327 – 339 Putney Bridge Road, which contains a mixture of retail, office, trade merchants and two homes, will be demolished to make way for the new mixed use scheme.

Grimshaw Architects has drawn up the scheme, which will rise up to 10 storeys and contain 122 flats alongside both retail and office space. The design featured a tile-like facade with high-tech rope-hanging appearance balconies, similar to those appearing on the currently under construction at Highpoint Elephant and Castle.