An Environmental Impact Assessment scoping application has been submitted for a cafe, gym and 300 apartments in Brentford at two sites.

Plans for Albany Riverside, on the High Street, has been submitted by developer London Green. They plan to submit two separate applications, one for the Albany Riverside site, and also one for a side in Half Acre where the Watermans Arts Centre will be relocated, alongside flats on both sites.

The Albany Riverside will contain 200 of the 300 flats, and also contain the gym and cafe. It will reach up to 10 storeys, and also allow walking alongside the Thames.

The Half Acre site will contain 100 apartments in buildings up to six storeys, as well as including the Arts Centre, a cinema, theatre, studios and eatery.

Sadly there’s no renders with the planning application as it’s only scoping at this page, although the developers website did provide a single image. 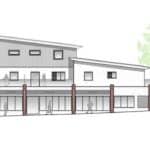 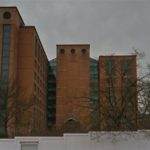