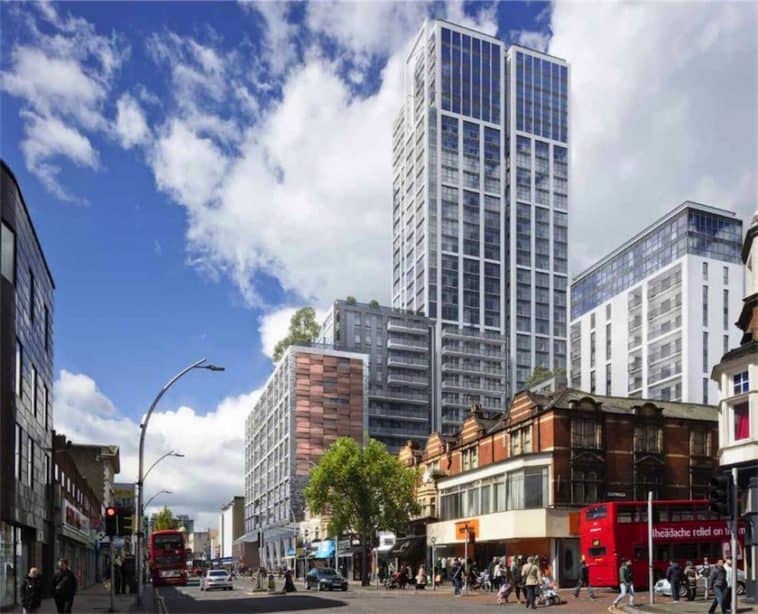 Plans are in for a 30 storey scheme in Ilford’s town centre. The scheme will replace the Harrison Gibson building, a former retail department store building largely regarded as an eyesore due to its blank, windowless facade.

The new building, designed by AWW, will still contain retail on the ground floor, as well as offices, but will be mostly residential with 323 flats – all listed as being for the private market in the application forms, although this is likely to be changed during negotiations with the council.

Ilford has seen numerous tall buildings proposal in recent years – some of which have been actualised such as the Pioneer Point development, which has been subject of controversy due to having been partly empty in order to avoid payments due to the council, while other developments have stayed firmly on the drawing boards, including the recently rejected Sainsbury’s redevelopment which was thrown out in part due to a very low affordable housing offer.

The new tower proposed for this site has a brick warehouse feel, with different elements of the building expressed in different brick colours with a palette of greys and whites used. The side of the mid-rise building on the high street has a design that echoes the facade of the Gibson building in its heyday, but in significantly more attractive copper colour.

Ilford is already only a short journey from London Liverpool Street on the line recently taken over by TFL Rail, and will be on Crossrail giving it access across central London without switching trains. This has prompted a number of recent applications for towers.

The town has a large shopping offer, including a sizable shopping centre and long popular high street, making it the largest shopping district between Stratford and Romford, and arguably on the same level as the latter. Despite this property values have remained low in the area, making it increasingly popular with first-time buyers, with mortgageable one-bed flats, even in Victorian properties, available for under £200,000 currently. Crossrail is predicted to change that. 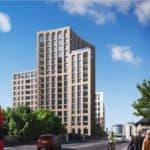 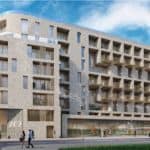