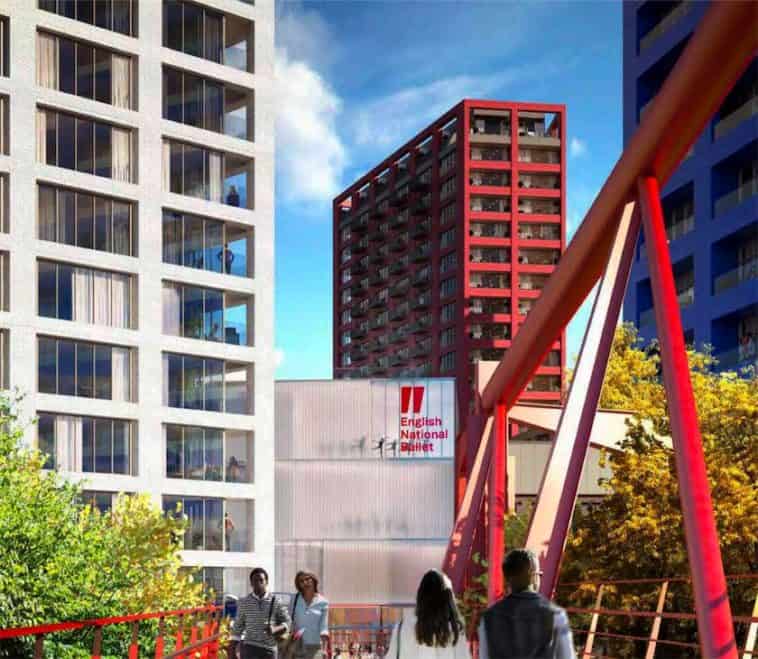 Reserved matters have been submitted for the last buildings on the Leamouth Peninsula, now known as London City Island. The new towers will be much the same as others on the peninsula/island, taking a colourful interpretation of Manhattan warehouse design.

Rising up to 25 storeys, the new towers will surround a new public space and the new English National Ballet building. Alongside these will be new flexible retail units, able to be used for cafes, restaurants, pubs and ‘pop ups’.

The first stage of London City Island completed earlier this year, while work has started on several buildings from the second phase, this reserved matters will complete the masterplan. However, the developer isn’t leaving the area, with another major project just south of London City Island.

Glenn Howells is the architecture firm behind the designs, which will see three new residential buildings, one of which is split into two parts, and the central ‘jewel’ building for the ENB.

This part of the scheme is almost entirely private, with only 15 intermediate tenure flats compared with over 700 private units. The overall scheme had to provide less than 12% affordable housing, and most of this was built during the first phase. This was in part due to the viability of the scheme on an unconnected piece of land that required infrastructure works such as a new bridge.

If the apartments in the recently completed buildings are anything to go by, the interiors will be a contemporary twist on mid-century modern, clearly aimed at a more design-conscious younger market than many schemes in more prime postcodes. 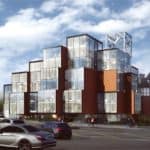 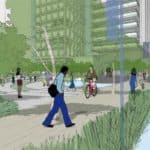