Plans have been lodged under the prior approval scheme for the change of use of Johnson House on Coronation Road in Park Royal from offices to eleven residential flats. The two storey building is currently in use by MK Complete Joinery Services, and appears to be both an office and trade counter for the firm.

The plans, submitted by G N Sons Ltd, only relate to the first floor of the building, which is designated as an office of 343.81sqm on VOA data, while other parts of the building are designated either as workshop or entrance space.

Given 11 flats as well as corridors are to be produced from only 343.81sqm, it doesn’t take a genius to realise that they’ll all be studios. Floorplans, put together by JPB Architects, show particularly small flats with only shower rooms separate from the main room. If approved, those who live there will have to put up with the noises from the joinery workshop below. 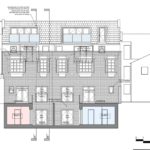 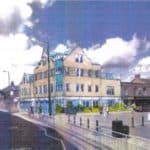