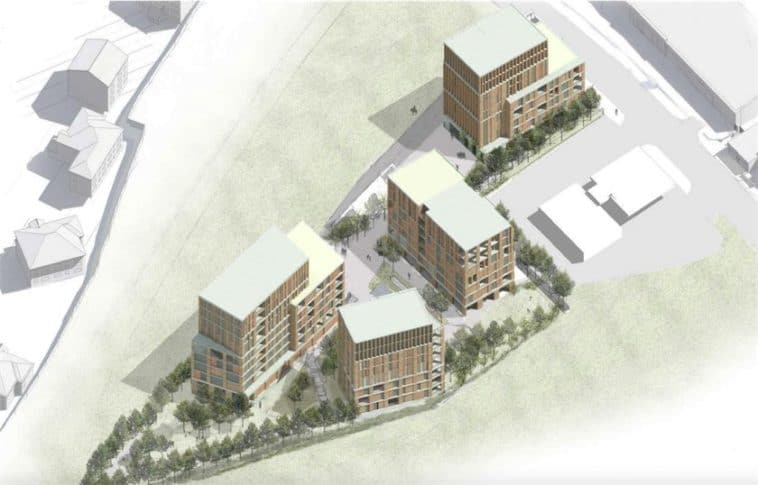 Harley & DPMM have submitted plans for a residential scheme between Dollis Hill and Neasden on Dudden Hill Lane. The development will replace a garden centre and a two-storey office block on a site bound by railway tracks.

The site takes up the majority of a triangle of land formed by the tracks and Dudden Hill Lane, although does not include the Esso Petrol Station.

Lynas Smith has designed the scheme, which features four new buildings of between seven and nine storeys surrounded by landscaping. Each building has a similar design, of light coloured bricks as well as red-pigmented concrete panels.

44 car parking and 260 cycle spaces will service the site, which is proposed to contain 108 private apartments, 19 social rented flats and 9 intermediate units. A small shop as well as space for non-residential institution, such as a nursery, will be included. 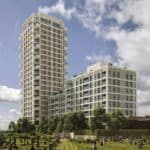 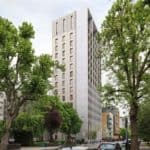