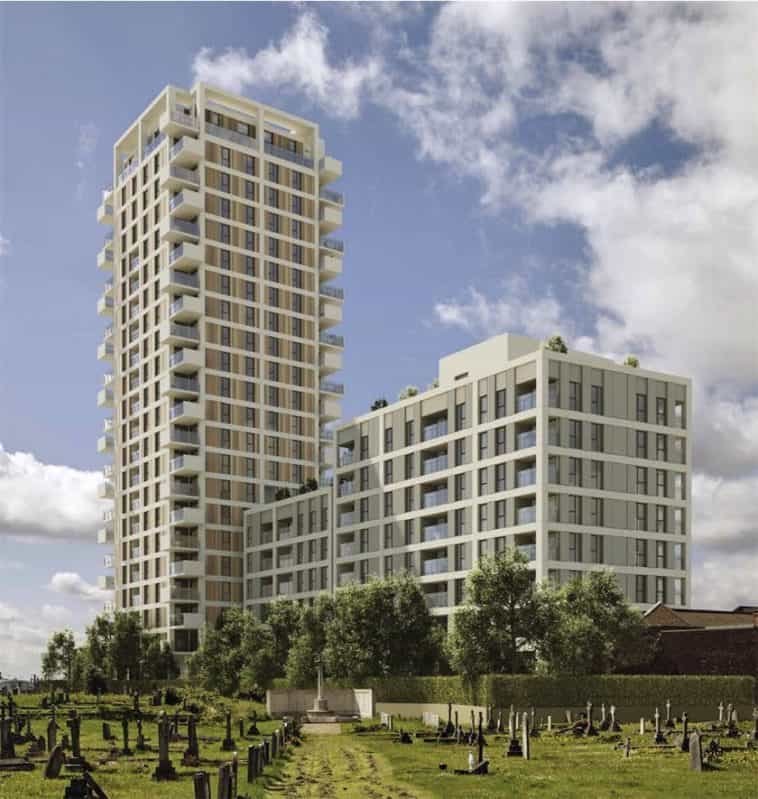 Aurora Developments has submitted plans to build 170 flats in a 22 storey tower in a plot they’re calling North Kensington Gate. The site lies immediately north of the Grand Union Canal on Scrubs Lane.

The scheme has been drawn up by Allies & Morrison, and will contain 119 private and 51 intermediate-affordable flats, in addition to 600sqm retail or commercial space.

The developer has also submitted plans for another site, slightly further North on Scrubs Lane, where a smaller building is planned. Both schemes are located in what now is a narrow strip of industrial land, but will soon be part of the wider Old Oak Common scheme which is envisaged to contain dozens of towers, both residential and commercial, around a new High Speed 2 station.

The sites are located half way between North Kensington and Harlesden, although the land lies in a borough which contains neither of these two neighbourhoods – Hammersmith & Fulham. Other schemes planned for the area including Old Oak Park on the Car Giant site, and on the opposite side of the regeneration area, Oaklands – a recently approved scheme of 611 homes. 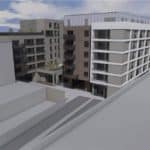