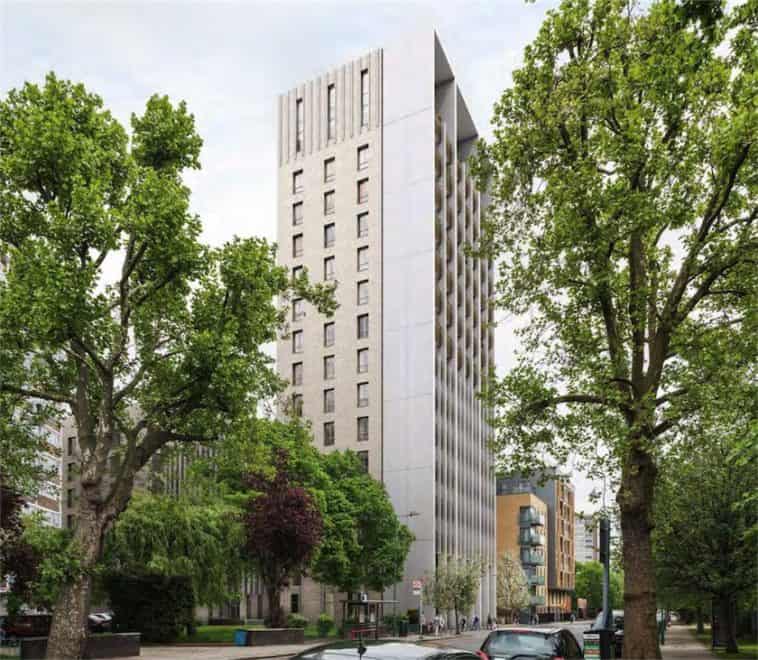 Brent Council has submitted plans for the ‘Peel Project’ in between Kilburn Park and Queen’s Park stations in North London. The scheme will see the demolition of 36 social and 20 private flats, and their replacement with 42 social and 184 market apartments.

The scheme has been drawn up by Penoyre & Prasad Architects, who are proposing a two-phase scheme with the initial phase containing a 16 storey building, in addition to three shorter buildings. This initial phase will provide most of the social rented flats, with 38 provided for those with secure tenancies. In addition 64 private apartments will be created in this phase.

A second phase will contain 120 private apartments and 4 social rented flats in three buildings, up to eight storeys in height.  Within the entire scheme there will also be retail space, as well as a health centre and a small market office. South Kilburn Studios currently occupies a temporary building on site, and while they are not including in the redevelopment the council plan to rehouse them locally.

A palette of cream bricks will dominate the scheme, with touches of purple bricks adding contrast in places. Vertical bronze/copper coloured metal balconies with overruns will add to the overall premium feel of the tower element, while other buildings also benefit from more traditional metal balconies.

The scheme is successful in creating a coherent design for the site, while still having an individual character to each building. The layout, set around courtyards that in one case include an existing building will create good, well-used amenity space for residents. 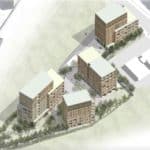 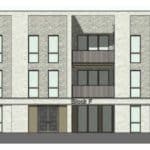