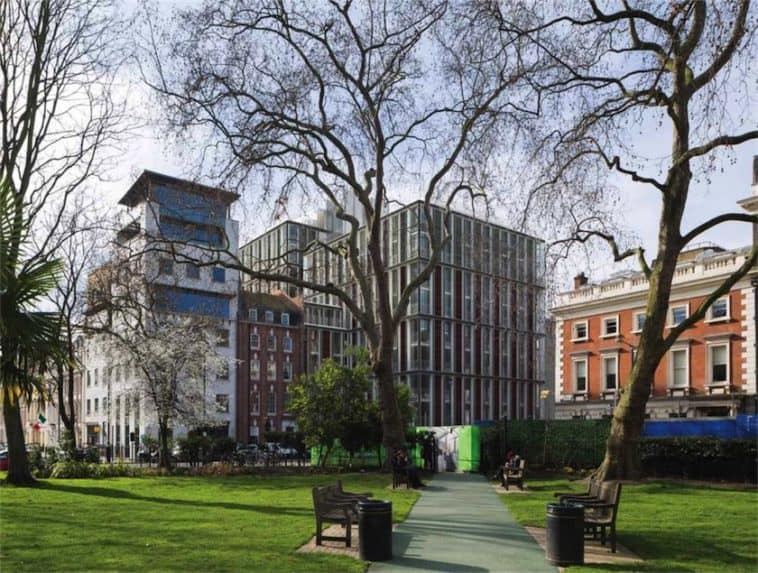 Plans have been submitted for an eleven storey building containing 88 flats on Hanover Square in Mayfair. The scheme, designed by Rogers Stirk Habour + Partners, will replace an eight-storey early 20th century office building if approved.

The new building will feature a hotel of 6,322 sqm and 88 apartments, all for the private market. 10 of these will be studios, while 6 will have four or more bedrooms – the majority however will be between these two extremes.

The existing stone clad building is rather attractive, but given it was built in the late 1920s and wasn’t of special character isn’t listed. Indeed the site already has planning for another building to replace this, so it’s unlikely that the 20th Century Society or anyone else with an interest in the current block would be able to stop these plans.

The replacement building is somewhat less colourful than we often see with RSH+P buildings, largely due to the context of the local conservation area and listed buildings. The cladding is dark red brick panels for the lower storeys, and dark grey brick panels for the upper floors, interspaced by two storey windows between the RC frame of dark grey precast concrete with stone aggregate. 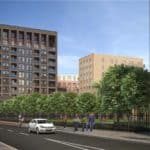