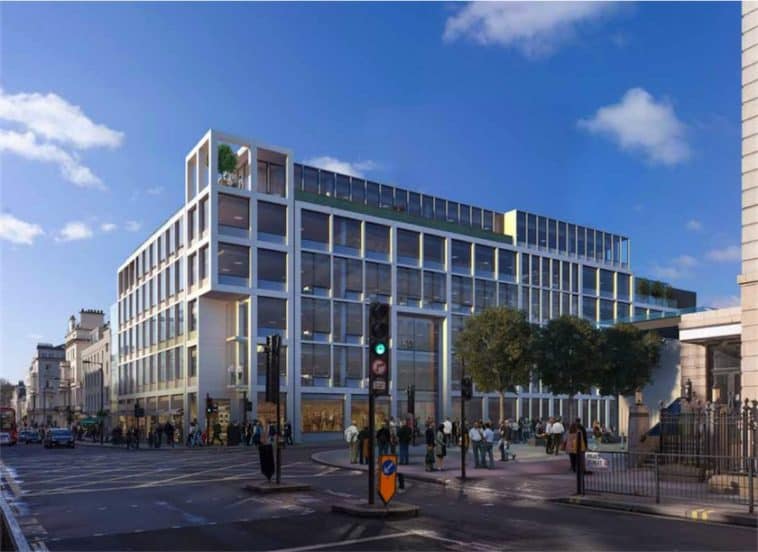 An application has been lodged to demolish 50 Eastbourne Terrace, Paddington, and replace it with a new six storey office building with retail at the ground floor, with seven townhouses constructed at the side fronting Chilworth Mews.

The site contains a non-descript 1960s office block rising up to eight stories that is rather out of place with its surroundings, especially considering it is next to the entrance of one of London’s great stations.

This will be replaced by a new office block designed by Fletcher Priest architects for Hermes Real Estate. While shorter than the current block, it provides more overall floorspace thanks to being more consistent in height. There’ll also be replacement retail space on the ground floor.

The seven townhouses front onto Chilworth Mews and are of a distinctly modern design, utilising metal cladding which wraps around both the upper floors and the roof, opening out to create roof gardens. The design of the houses has the feeling of a high end 1960s development which if constructed in that decade would now be listed. Unusually one of the houses only has a single bedroom, the rest have either two or three beds. 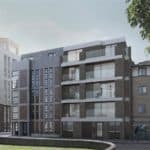 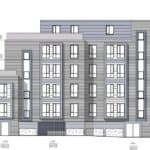