Plans have been submitted to replace18-19 Buckingham Gate with a new seven storey building providing 13 apartments. The site, which is located close to Buckingham Palace, currently consists of two six-storey buildings, one post-war – designed by Seifert but without any of his flourishes – and the other of more traditional design but dating from the 1980s.

The designs have been produced by Manchester-based architects SimpsonHaugh and Partners who are behind One Blackfriars and Dollar Bay towers, both of which are currently rising on the London skyline.

The site already benefits from planning for a 14 apartment scheme, however, the site area has been reduced hence the need for a new smaller project. A different scheme is being submitted for the site being lost from this application. 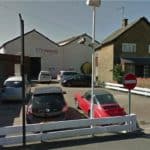 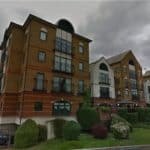