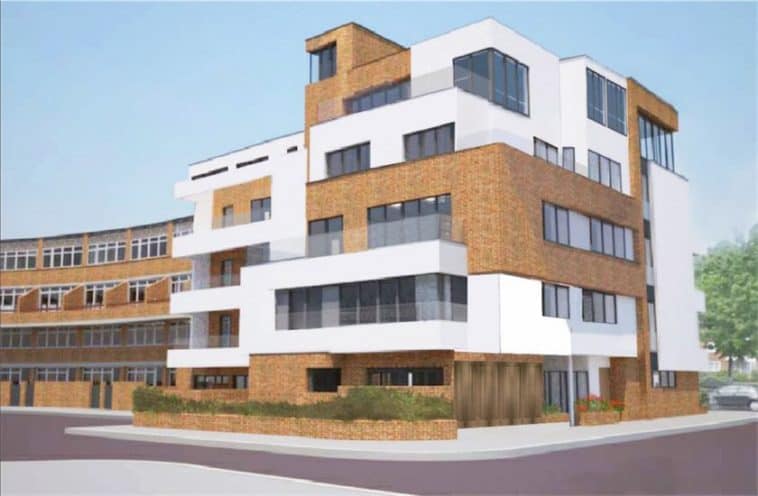 Plans have been submitted to Wandsworth Council for a six storey, nineteen flat scheme on the site of a former estate pub just south of Nine Elms near the Carey Gardens Estate on Thessaly Road.

The plans, drawn up by Ingleton Wood, replace an existing consent for a 16 unit scheme on the same site. There will be 2 one-bed flats, 16 two-bed flats and a single three bed flat, if the scheme is approved.

Wandsworth Council recently made moves to protect pubs from conversion, however the pub that used to be on this site was demolished after the previous permission was granted, so this should not affect this application.

The design is a mix of brick, similar in colour to the neighbouring estate, and render, with an alternated striped pattern. 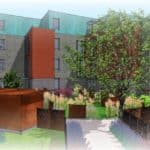 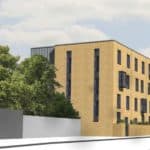