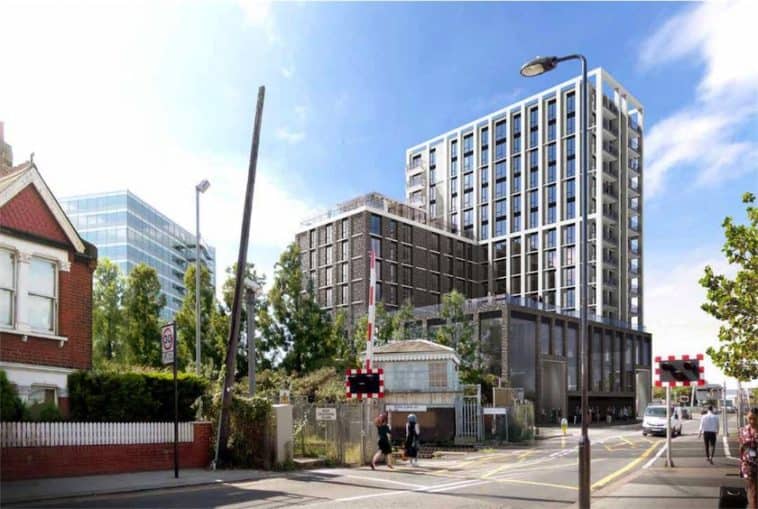 Pocket Homes have submitted plans for a fourteen-storey mixed-use building at 100 Bollo Lane on the South Acton / Chiswick Park borders. The building will contain 112 apartments in total, as well as 2760 sqm office space.

Significantly 75% of the units in the building will be of intermediate tenure, which with Pocket means they will be sold at a decent discount on the local going rate, and can only be resold with a similar discount to future purchasers.

These discounts can be substantial, with the cheapest flats in a Pocket development not far from Waterloo going for just £267,000 – significantly below market rates where even an ex-council one-bed flat, which many mortgage companies wouldn’t lend due to deck access, goes for £425,000.

Pocket is able to offer homes at cheaper rates in part due to building smaller flats than standard which are cleverly designed not to waste space. They also tend to be able to cut some traditional costs such as land by buying from local authorities. Purchasers need to meet several criteria, including having wages below thresholds – £40,000 in the Waterloo scheme – and often having a connection to the local borough.

Pocket’s previous schemes have tended to be low-rise infill developments of a few dozen homes, but they are pivoting towards larger schemes – with a tower in Wandsworth already with permission, and future larger schemes in South Bermondsey, Turnpike Lane and Walthamstow.

The latest scheme in for planning at 100 Bollo Lane is designed by PRP Architects, and features the taller element towards the back of the site, furthest from the traditional housing of the area and closest to similar height office buildings of the Chiswick Park office development.

The first three floors will be office space, with the rest of the building containing the flats. Both private and Pocket-discount sale homes will be intermingled on the same floors, with no segregation between tenures – something which is rarely seen in new build developments. 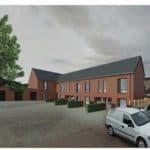 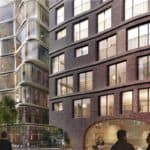