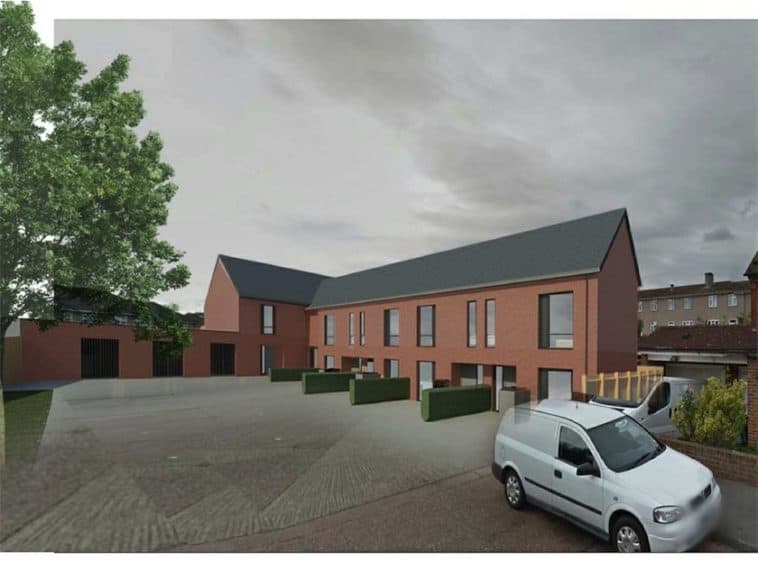 Redbridge Council has submitted a series of planning applications for new council houses and flats across the borough in the last month. We’ve identified six schemes with at least five new homes, all of which were submitted to the council between the 10th and 16th of September.

Most of these sites are small infill locations, replacing underused garage blocks, car parks and vacant land with only one of the six applications having a non-parking previous use.

The schemes range is size from six units to 32, although the majority are on the smaller side, having to fit into relatively small plots of land that the council owns.

The schemes have been split evenly between two architectural practices, PRP Architects and Frank Shaw Associates. Both have chosen a brick-palette, with Frank Shaw Architects have sloped roofs on two schemes and a set-back mansard roof on their third, while PRP preferring flat roofs on their two larger developments, while going for a traditional roof on their small scheme of terraced houses.

The largest of these projects is a 32 flat scheme on an existing estate in South Woodford, located next to the M11 sliproad. This consists of a three-storey and a four-storey block, designed by PRP. 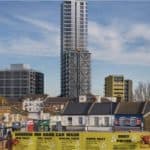 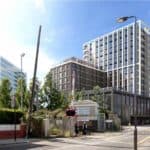