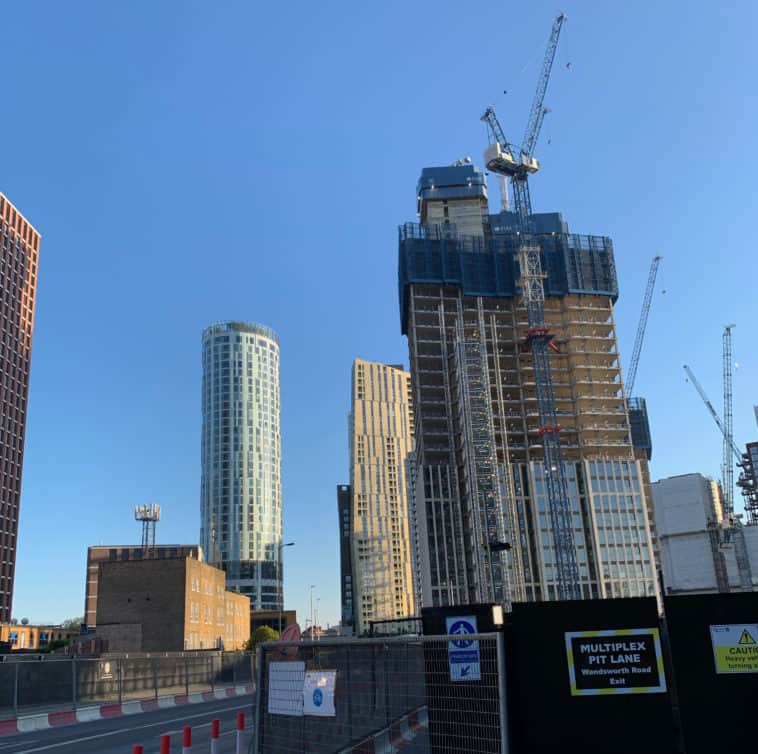 Apartology recently checked in on construction activity in Vauxhall. The area has been transformed in just a couple of years from the appearance of the first skyscraper at St George’s Wharf. Many towers have recently topped out, with others progressing rapidly, although a few are yet to begin construction.

KPF-designed DAMAC Tower appears externally complete, although the tower crane is still attached. There’s 52 storeys in the main tower, with a shorter tower containing affordable housing and a sky bridge office between the pair.

The third all-student tower in Vauxhall is seeing good progress on its floorplates and core construction.

Keybridge is getting towards completion, with just a final tower from a secondary planning application still progressing (not pictured). The contrast of the brick to the other towers in the area is refreshing, and shows the benefit of having coherent design areas within clusters.

Construction on One Nine Elms has been comparatively slow, with other developments starting after completing already. But the twin towers have shot up in the last year, joined by Nine Elms Square from the same developer.

Vauxhall Square hasn’t seen any progress, excluding the student tower and homeless hostel, since the clearing of the site. The Zara Hadid towers only just gained planning, so the lack of activity on that site isn’t surprising, and no start on the tower between Sky Gardens and Keybridge either.

Vauxhall will be close to being complete as a cluster when these projects get off the ground, with only a few sites left that could support substantial towers. 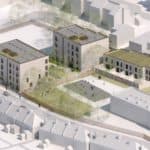 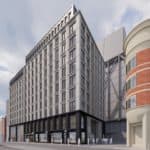