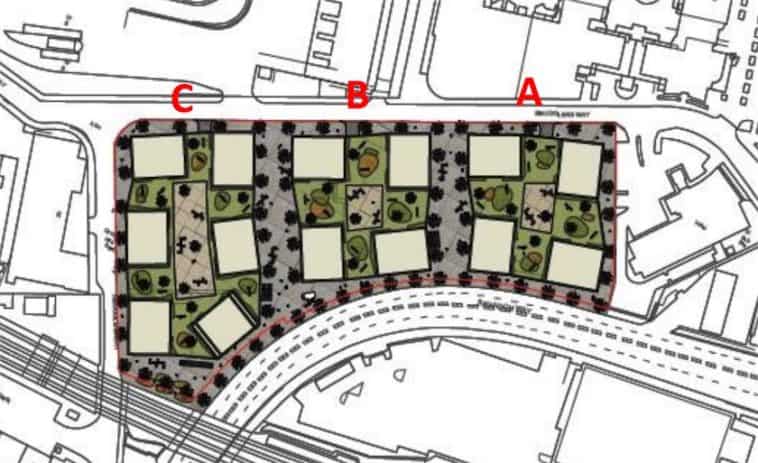 An EIA scoping application, which precedes any large formal planning application, has been submitted to Wandsworth Council for the redevelopment of the B&Q site on Smugglers Way by London Square, a relatively new developer who have already taken on several large sites.

The proposals are for a range of buildings from 11 to 18 storeys in height, containing a total of 483 flats, alongside 6,000sqm commercial B1 space, described as either for office or co-working, and 1100sqm retail space. This retail space is significantly smaller than the current B&Q, indicating they will not be returning to the site post-redevelopment. Indeed it is described as for ‘small shops’ or cafes and restaurants.

The site covers 1.41 hectares, and lies in an area of Wandsworth that has seen some recent developments but also contains industrial and retail-box developments. Homebase, B&Q’s rival, which is located just across Smuggler’s Way, recently had trouble with a similar application and the application was withdrawn. This proposed a 25 storey building, which is 7 storeys taller than any planned on the B&Q site despite being closer to the river.

Hawkins/Brown have drawn up an indicative scheme, suggesting that they will be retained as architects for the final application. Their work has been gaining a lot of praise recently, including for innovative use of wooden construction in a tall building in Hoxton. The scheme will be split into three urban blocks, each block having various buildings within it and a central courtyard, with two pedestrian streets separating the three blocks. Until the full application is submitted, we are unlikely to know much more about the design. 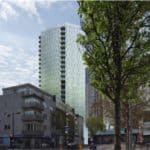 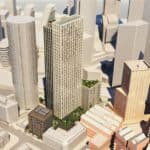