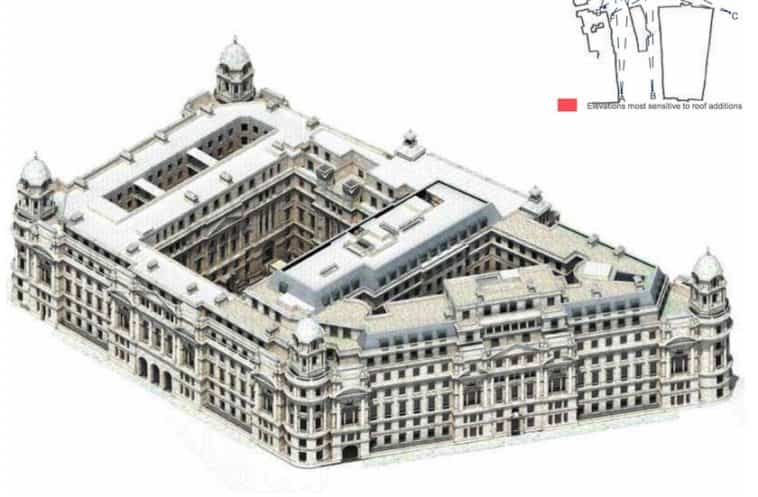 Plans have been lodged to convert the Old War Office on Whitehall from offices into a 125 room hotel and 88 apartments. As part of the construction process, the buildings will be extended in places, with some demolition in the smaller courtyard.

The applicant behind the plans is an eponymous company based in Luxembourg, likely masking a more well-known developer – according to previous reports the Hinduja Group and OHL, who purportedly paid £350m for the building.

EPR Architects have drawn up the plans, which will see around half of the building, including the Whitehall Frontage, converted into a hotel, with the other half converted into luxury private apartments.

No affordable housing is proposed on site, but Westminster council has a track record of gaining large payments-in-lieu from large prime central London developments when granting permission.

The development will also see new retail and restaurant spaces created on the ground-floor, and spa and leisure facilities in the basement.

Significant amounts of additional accommodation will be created through sympathetic mansard roof extensions, largely towards the rear of the building where up to three additional set-back floors will be added. Typically these reach the height of existing chimney stacks, so do not alter the overall height of the building.

Within the triangle courtyard, where the facade is less grand – currently glazed bricks – there will be more substantial demolition and rebuilding in Portland stone, which will also allow for the relocation of the courtyard to a better position for the proposed uses. Except the basement, the main courtyard will largely avoid demolition except for in a few strategic location, such as to open up windows.

Internally, as with any conversion, much more will change – although the grander and historic rooms such as the Army Council Room will be retained and used as function spaces, as well the grand three meter wide corridors. A majority of the historic fireplaces will also be retained in-situ in the hotel, while others will be moved to more appropriate locations within the building.

Overall the scheme appears largely sympathetic to the original, while making necessary changes in order to make the spaces useful for the new hotel and residential uses. 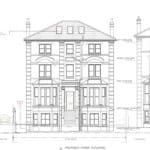 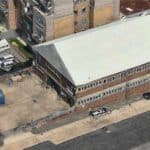