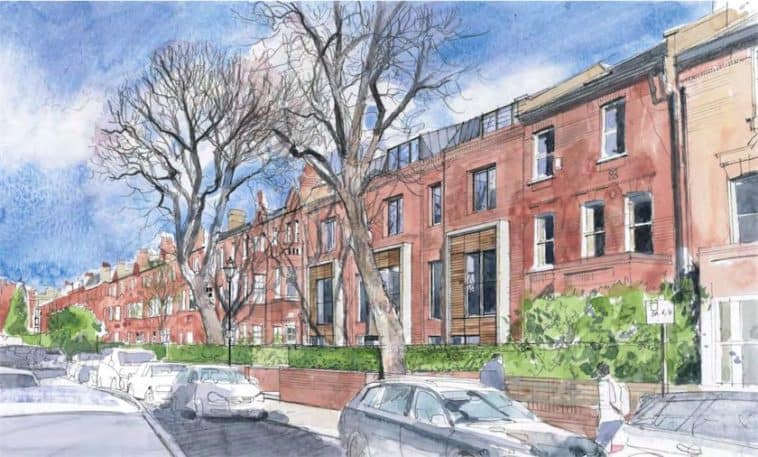 Plans have been submitted to Camden Council to knock down a block of six private flats and replace them with a new block of ten apartments. Hive 1 Ltd are proposing to demolish the four storey Maryon House on Goldhurst Terrace, South Hampstead, and replace it with a new four storey building.

Maryon House dates back to the 1960s, and provides six two bed maisonettes on what was a bomb impact site from the Second World War. The current design is rather out of keeping with the Victorian era housing stock but not uncommon for bomb-blast sites across London.

KSR Architects were drafted in to produce the replacement building’s design. They’ve opted for a building of similar height to the existing block, extended only slightly to match the roof line of the neighbouring houses. The additional residential space has been created by echoing a design feature found in the neighbouring buildings – rear extensions.

In total the new building will provide four more apartments than the original, with a greater mix of unit sizes: two one bed flats, five two bed apartments and three three-bed units. Like the original, all are private. Given this is a conservation area, it’s unlikely anything larger would get through planning. 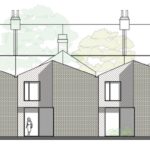 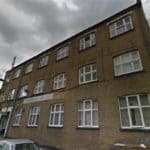