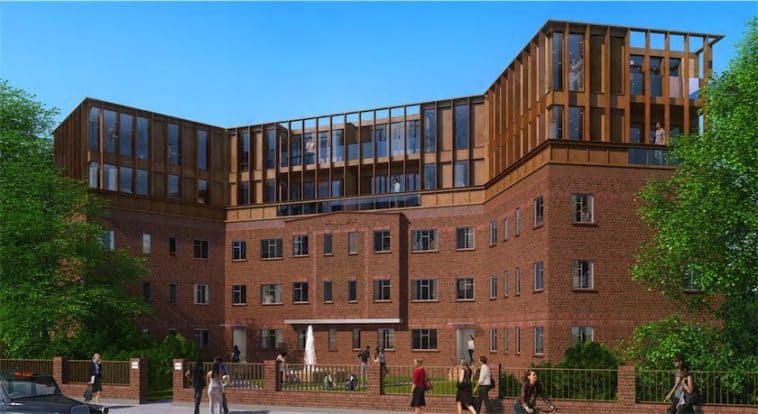 Plans have been submitted to build a two storey roof extension on Raglan Court, a pair of 1930s mansion blocks on Empire Way in Wembley. The proposals, if approved and built, would see two additional floors added to the three storey blocks containing a total of 72 flats, all private one-bed apartments.

The site already has permission for a similar scheme dating from 2010, for slightly fewer flats in a two storey extension. This has now been revisited by SBA Architects who have provided a scheme that they believe is better optimised.

The site lies just across Empire Way from high rises – both planned and implemented – however, it also lies close to the more suburban context of Wembley, and is designed to step down between the two. One wonders if the main reason for not going for something of higher density and more comprehensive development is the fact that 40% of the existing flats were sold off by the owner of the site. 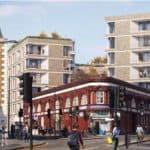