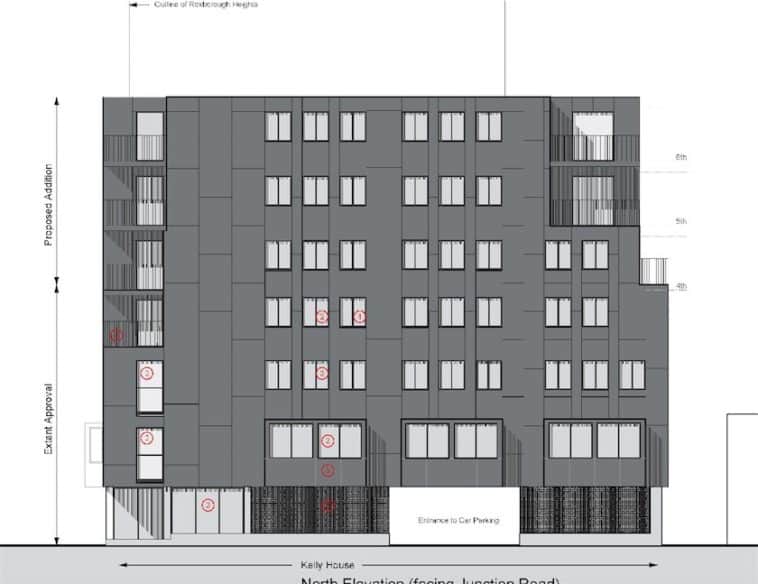 Six application for extensions – both upwards and outwards, sometimes combining the two – were received on the desks of Apartology this week. They ranged from office blocks, to public houses, to suburban semis. Here’s the rundown:

3 Additional Storeys for 6 Flats in Harrow

Plans in to add an additional three storeys to a small block in Harrow’s town centre on Headstone Road, bringing it closer in height to neighbouring properties – but only adding an additional six flats. Drawing at the top of the post is also of this scheme.

8 Flats Above & Behind a Wallington Pub

Extensions planned to a trendy Woodcote Road pub mainly to the rear, but also above, in order to provide eight flats, half of which are two bed apartments.

Plans have been submitted to extend the roof of a post-war block of flats on Cromwell Road to provide eight extra flats, many of them studios.

Plans have been lodged to add an additional floor to a recently converted office to add six additional flats to the existing nineteen in the currently three-storey building.

Plans have been lodged to convert a 21 room HMO into 10 flats, by way of a two storey extension, on Southwood Road in Eltham.

Plans are in for a four storey rear extension to a semi-detached house in Golders Green’s Finchley Road to convert the property from four flats into seven. 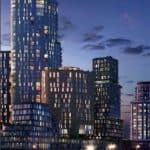 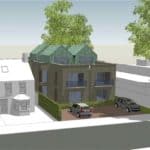