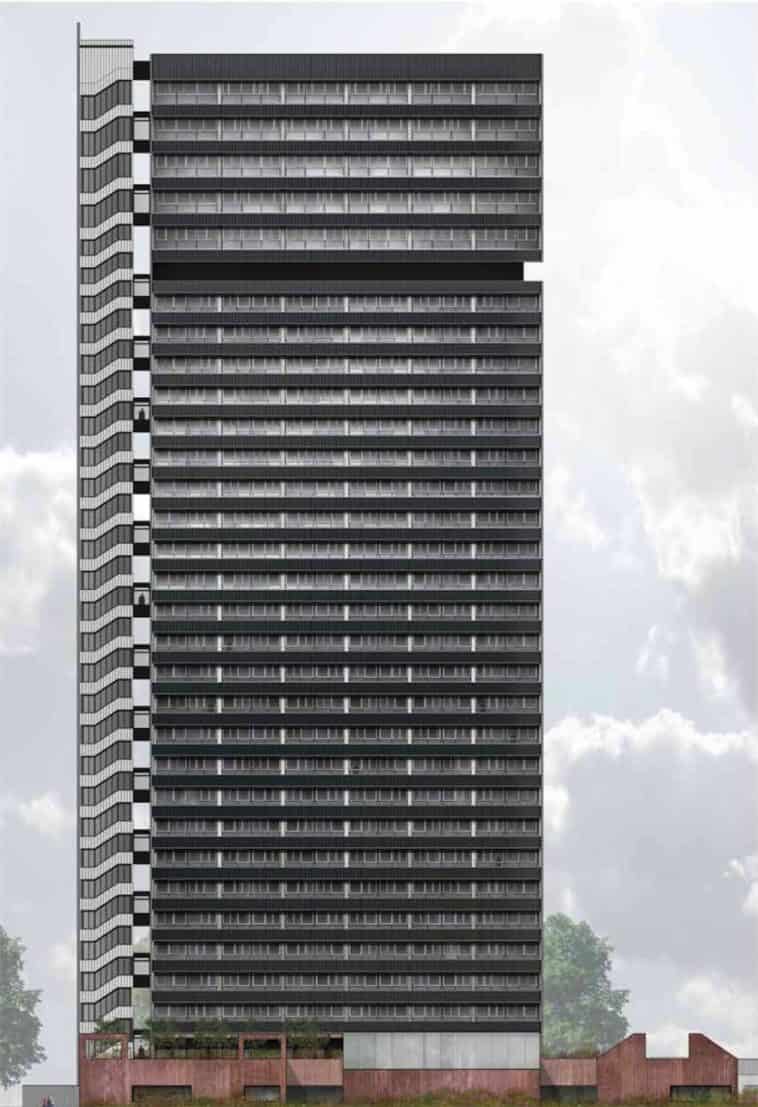 Maydew House has already been ‘decanted’ of tenants, and is currently in the process of being stripped back. The proposals from Haworth Tompkins Architects will see the tower reclad and an additional five storeys added in a similar aesthetic, but with larger windows.

It is proposed that ‘at least’ 61% of the total building will be for affordable housing, with 39% for the private market. This private component includes the entirety of the addition, plus a proportion of the refurbished apartments, resulting in a net loss of social housing. Southwark justifies this loss on the basis of a development of 60 affordable homes on a neighbouring site, and on the basis that the conversion will part pay for the refurbishment of the flats that will remain affordable.

In addition to the reclad and extension of the tower, the base will also be reconfigured so that it will provide 1270 sqm of community space. 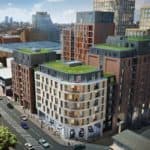 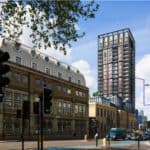