Plans have been submitted to convert and extend 30-36 Stamford Road in Dalston into seven flats. The existing two storey building, which already contains two flats and a retail unit, will be converted and a further two floors added to the building. The neighbouring building, of similar height, already has permission for a similar extension.

The new building will still contain a retail unit, but this will be slightly smaller than the current shop. Five of the new flats will have one bedroom, while the remaining two will be two-bed apartments under the plans drawn up by Kennedy Twaddle architects. 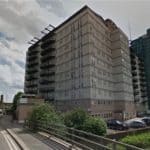 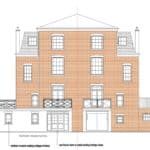