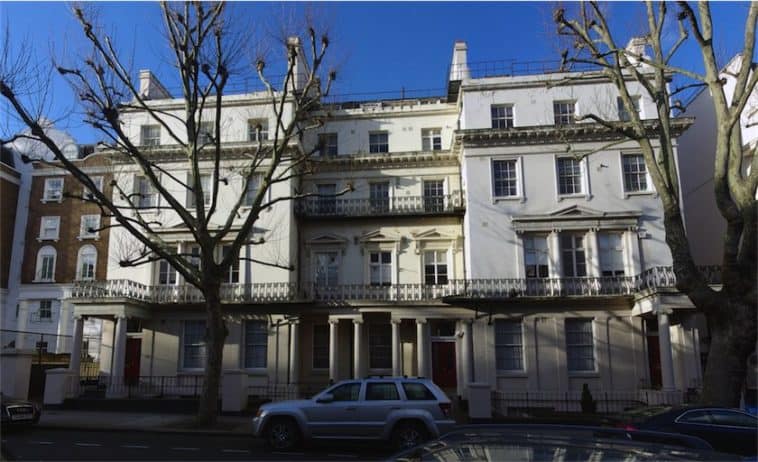 CHG Properties have submitted plans to redevelop 18-22 Craven Hill in Lancaster Gate from 32 flats into 24 apartments. The three existing listed houses will be retained and reconfigured, with extensions added to the building.

The plans will see the existing 12 studios, 18 one-bed and two two-bed flats being reconfigured to create 11 studios, 7 one-bed, five two-bed and one three-bed apartments. While the proposals will result in eight fewer homes in the area, they will bring the building up to modern space standards – 27 of the existing 32 flats would be non-compliant if built today, while just six of the proposed replacements would fail the same standards.

In addition to internal reconfiguration of the building, the proposals also call for rear extensions and a replacement mansard roof. Trehaerne Architects have drawn up the plans after being instructed by the owner who purchased the property in early 2015.

The condition of the existing building is typical of that of large bedsit blocks, with elements of the original grandeur of the 1840s houses showing benefit the utilitarian additions and fire escape signs. 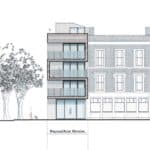