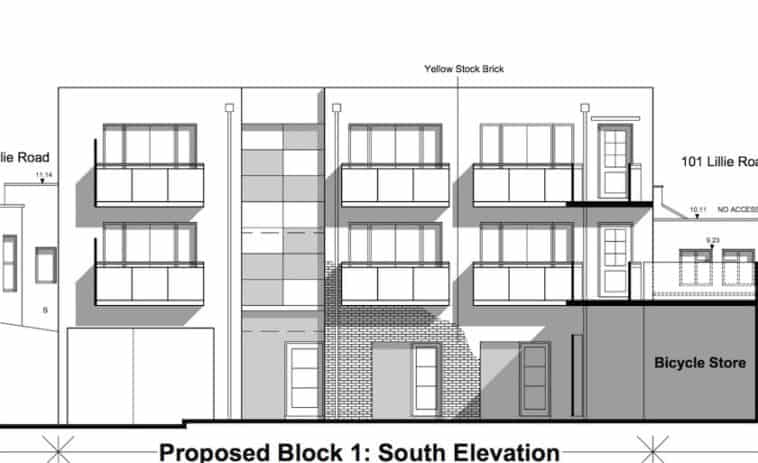 Patrick’s Toys have lodged an application to develop a undeveloped site in Earl’s Court into two three storey blocks containing retail and nine flats. Two of the flats will be studios, and the rest will be two-bed apartments.

The site at 103 – 105 Lillie Road is currently being used as a hand car wash, storage and for advertising despite the prime central location. The plans, drawn up by Ankur Architects, will see the land redeveloped into two blocks. The Lillie Road facing block will contain a 150sqm retail unit with four flats above, while block two which will face a courtyard will have the other five flats.