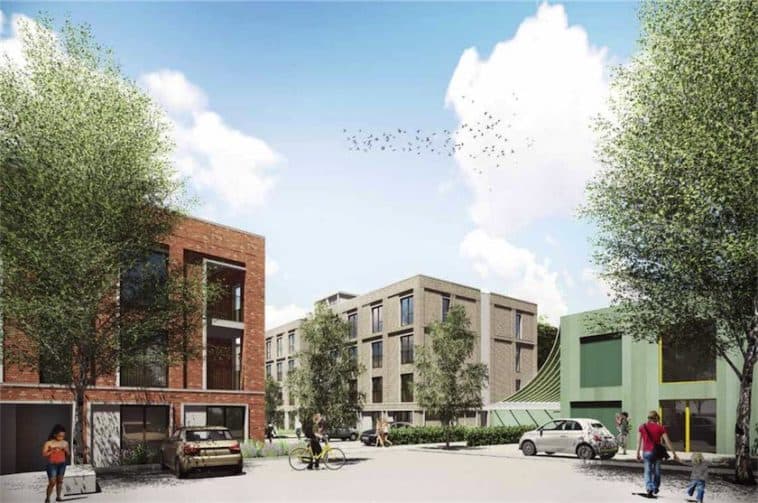 Pocket Living has lodged plans for a residential scheme in between Harringay and Tottenham, at the edge of Downhills Park. The scheme will be 78% intermediate-affordable, which with Pocket typically means discount-sale.

HTA Design has drawn up the scheme, which features townhouses fronting the back gardens of the neighbouring terraces, and four and five-storey blocks of flats fronting the park.

The townhouses are in short terraces of four three-storey houses, located very close to the adjoining terrace, with different brick colours for each terrace to add interest to the streetscape.

The apartment blocks are up to five storeys, with the first four storeys in light brick with a set back central stair core. The scheme also contains community facilities, replacing existing ones on site.

Pocket have developed quite a few small sites across London, this is one of their largest so far – although they are moving towards developing more schemes on this scale. We recently featured another scheme from the developer, who specialise in smaller flats at sold discounted prices to those on normal incomes. The scheme is less dense that the latter, although this is understandable as it is located relatively far from tube stations and quite far from anything other than Victorian houses. 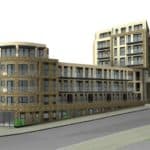 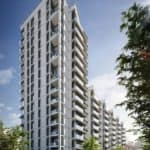