Plans have been submitted to Lewisham Council to convert the vacant ground floor office units in The Arches development on Childers Street in Deptford.

The offices have been vacant for a number of years despite being marketed for rent or sale. The lack of take-up was probably due to being in shell condition, requiring major outlay for any occupant, and because they are in an area not associated with office use and with few amenities such as cafes.

The offices are still listed as to rent at this moment in time, however, the rents ranging from £1,378 to £1,508 per month currently, have not been low enough to attract occupiers. The low ceiling heights, being similar to that of residential units, won’t have helped either.

The proposed replacement flats will be a mixture of one and two beds, with seven of the larger sized flats. They will front both onto Childers Street and a large alley behind which provides access to railway arches. 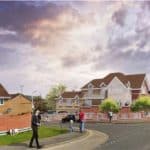 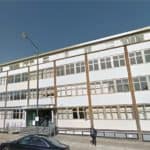