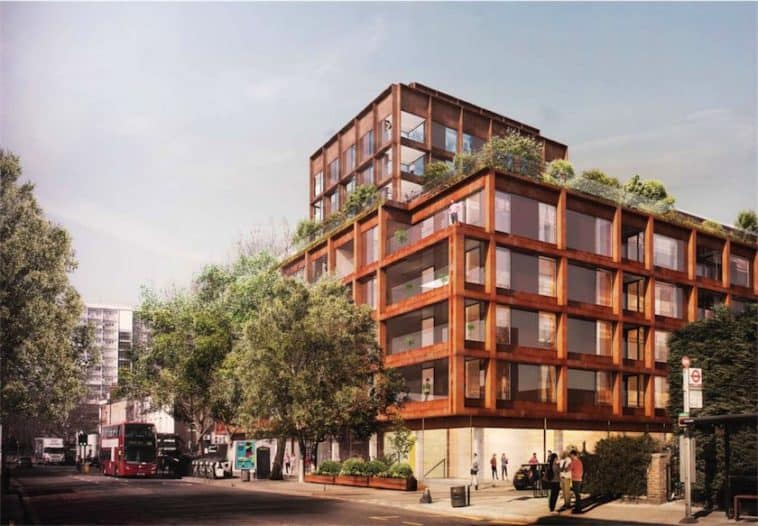 Plans have been submitted for a Hawkins/Brown designed building on Hackney Road, replacing a former bingo hall. The scheme features 970sqm office space, in addition to the 80 private and 3 intermediate apartments.

Earlier this year designs for the site were published that reached up to 19 storeys, however, it appears that despite agreeing that the site was suitable for a landmark building, the various design review panels of the pre-planning stage have led to the previous stacked-cube tower being replaced by a mid-rise building.

The new building is still a great addition to the street and shows the versatility of the architect, and the density is greater than its immediate surroundings. However, local NIMBY opposition, which included a petition signed by over 500 which incorrectly labelled the building as listed, has been in part responsible for the switch from the striking previous design, which is shown below: 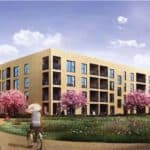 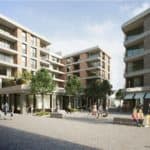