Plans have been lodged to redevelop an industrial area, largely used for scrap yards, storage and waste disposal, on the edge of the River Lea in Poplar on Ailsa Street. The scheme, which is submitted by a company linked to VFund, will see 782 homes created with a mixture of tenures and home sizes. 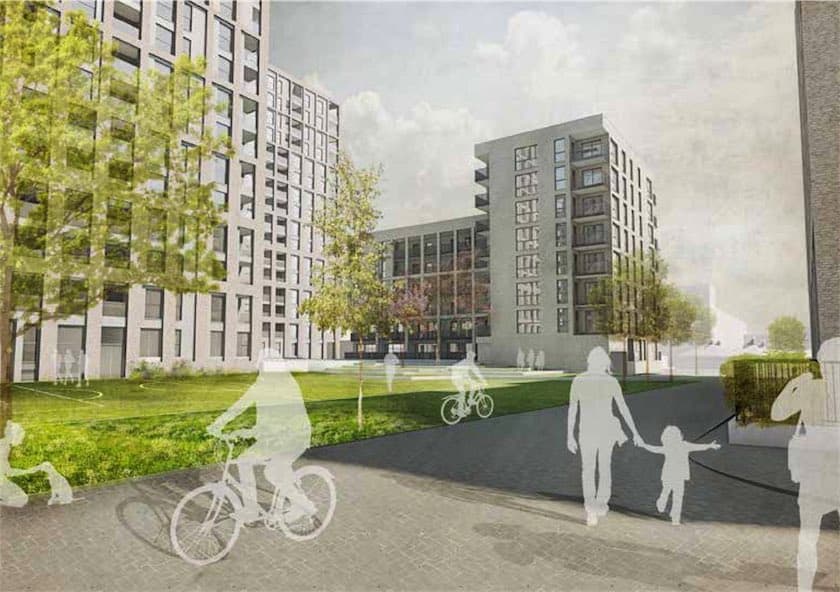 The majority of the homes will be flats, although a small number of houses, all of which will be for social rent, will also be included. Overall 143 homes for social rent are proposed, alongside 91 for intermediate-tenure such as shared ownership or intermediate rental schemes, and 548 for the private market. 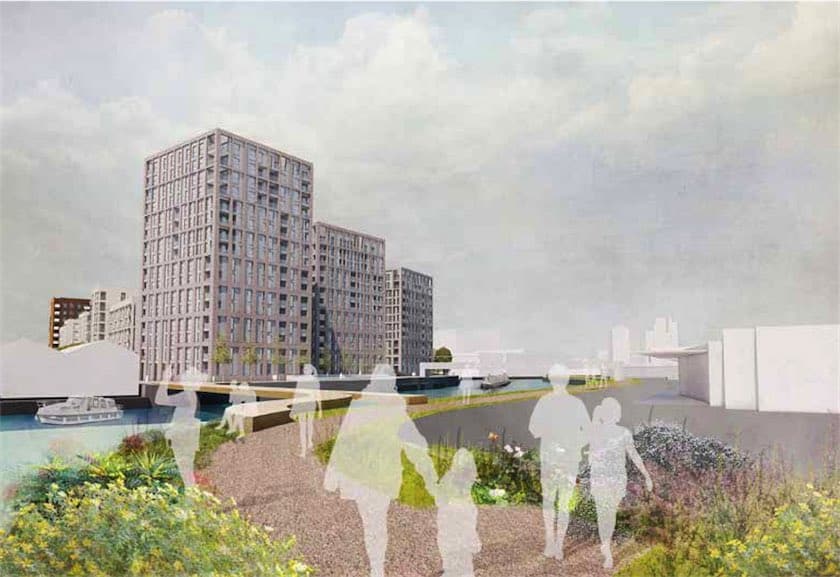 The land the scheme sits on is in various ownerships, including the council, and local land policy here might need modification for the scheme to pass through planning. This is despite the fact the land is being drastically underused (as shown below) despite being an inner London riverfront location and a housing zone. 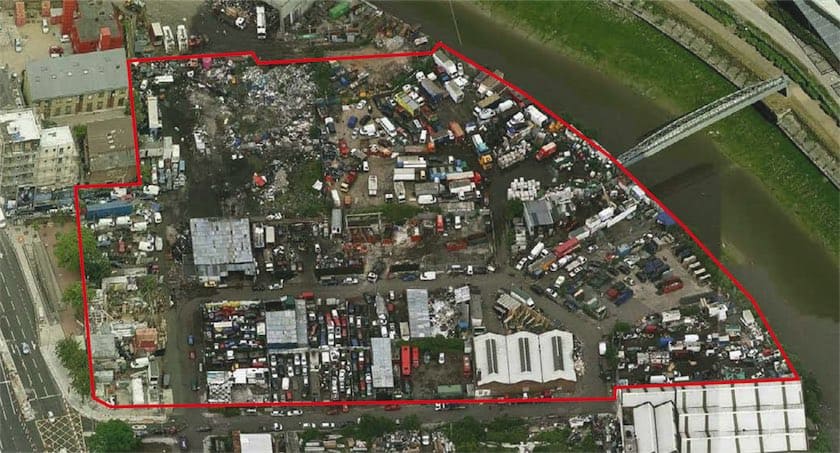 Indeed an area to the north of the site had to be excluded from the application due to having protected waste site designation. 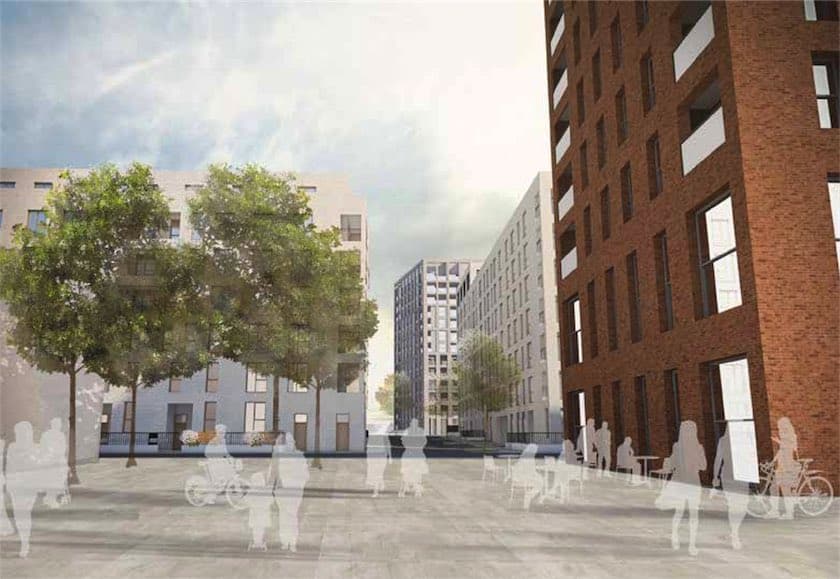 The designs have been drawn up by Stockwool, and feature three taller buildings close to the River Lea, with courtyard blocks in traditional street patterns in the area of the site further from the river. 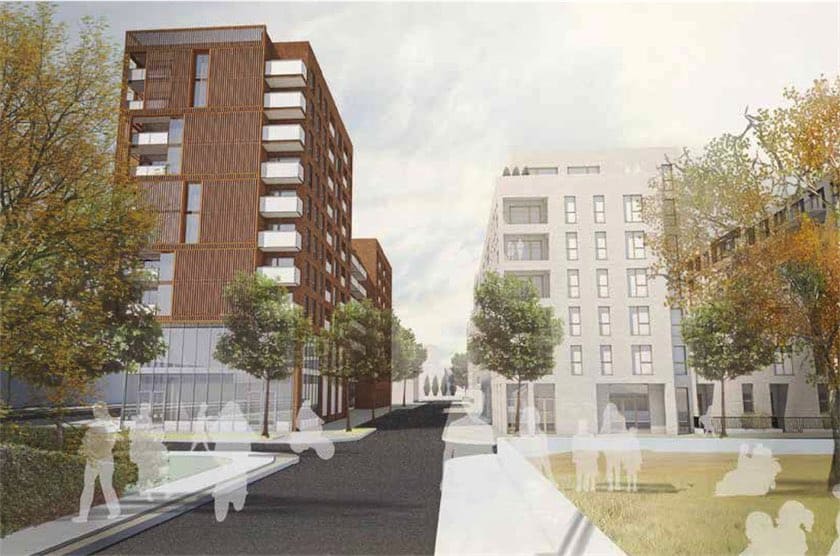