Hot on the heels of last week’s 30 storey tower on Ilford’s High Road, today we can reveal yet another tower of the same height has been submitted to Redbridge Council for another site slightly to the east. 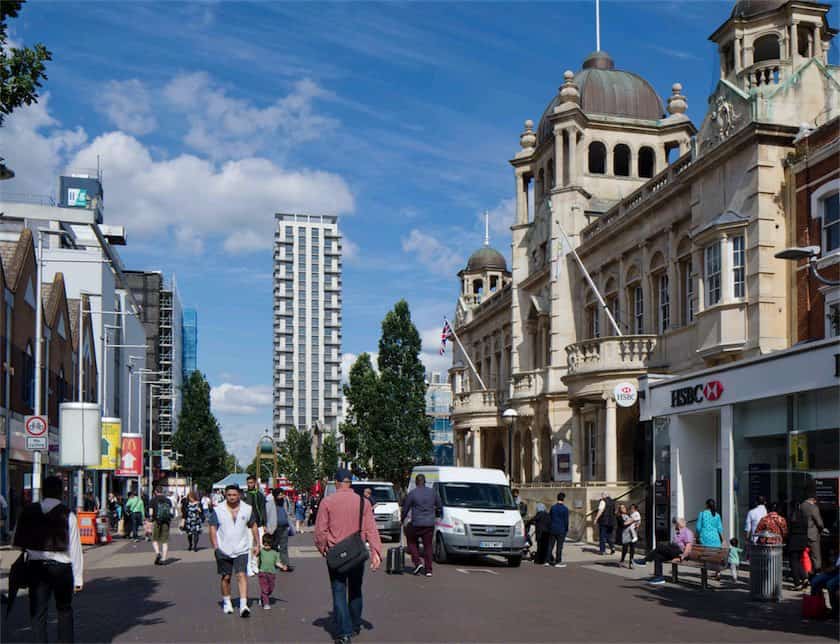 We covered the scoping application for this site in early August, and now developer Xyan Holdings (we don’t know who they are either, although they are using Swiss-based The Leading Properties of the World as development manager ), have submitted their full application. 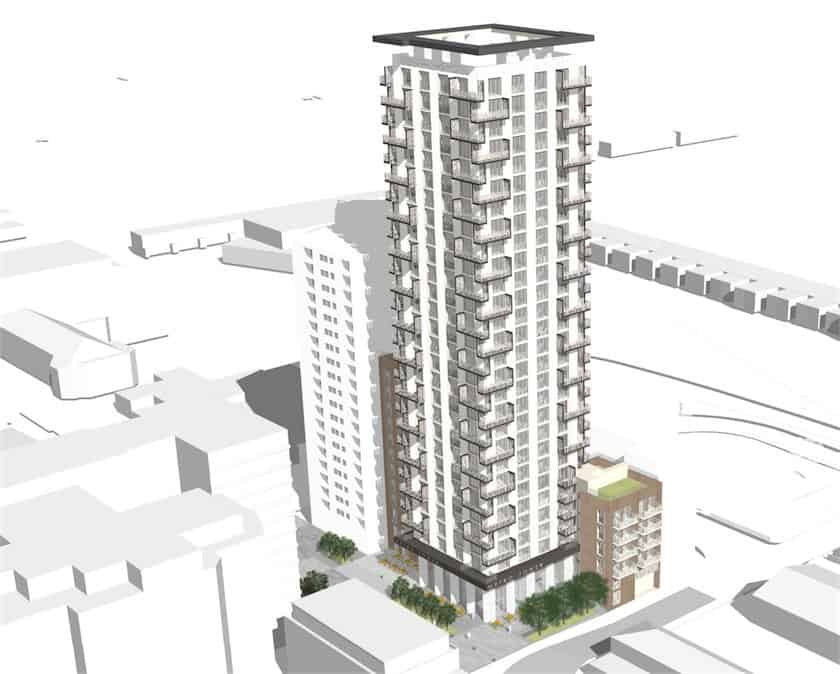 The scheme, designed by Matthew Lloyd Architects, replaces a block of vacant Victorian retail with residential uppers shops in an urban block that has otherwise been comprehensively redeveloped including one tower. 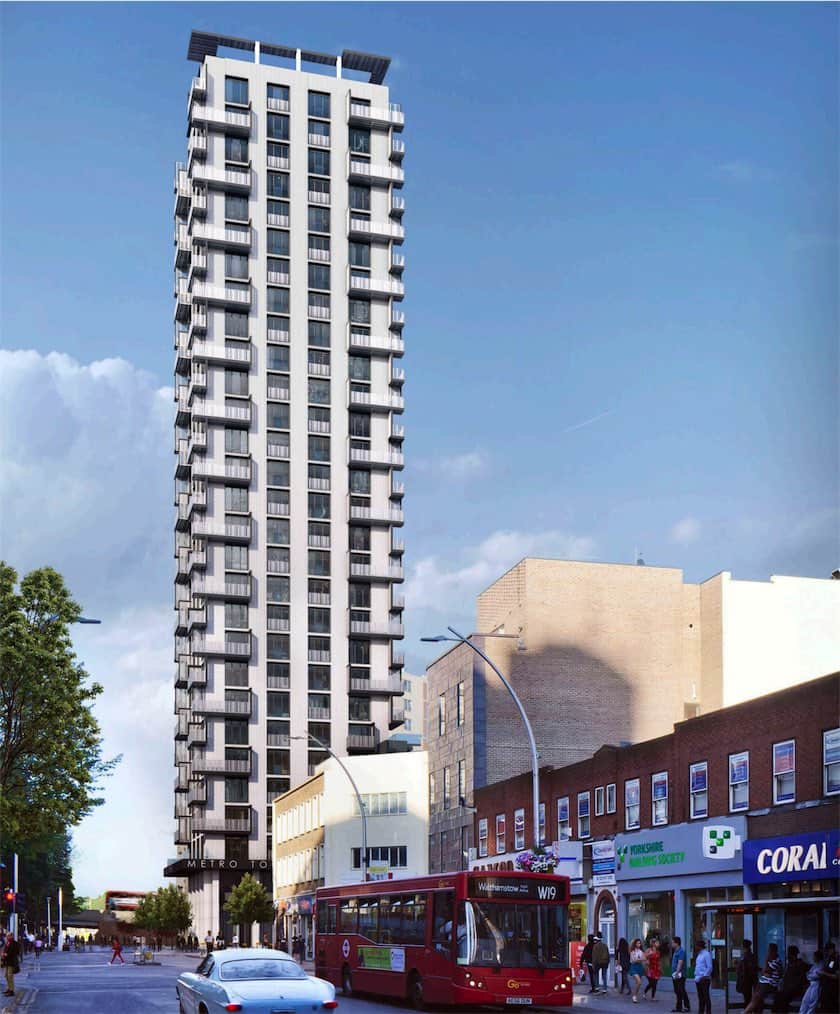 The designs went through various iterations before settling on the final scheme. Considerations were given to a tower next to the neighbouring tower, which has a mostly blank wall in order to allow a tall neighbour. However this was rejected in favour of a tower at the far end of the site, allowing better views for all residents. A darker facade also was originally proposed, although this was changed during the consultation process. 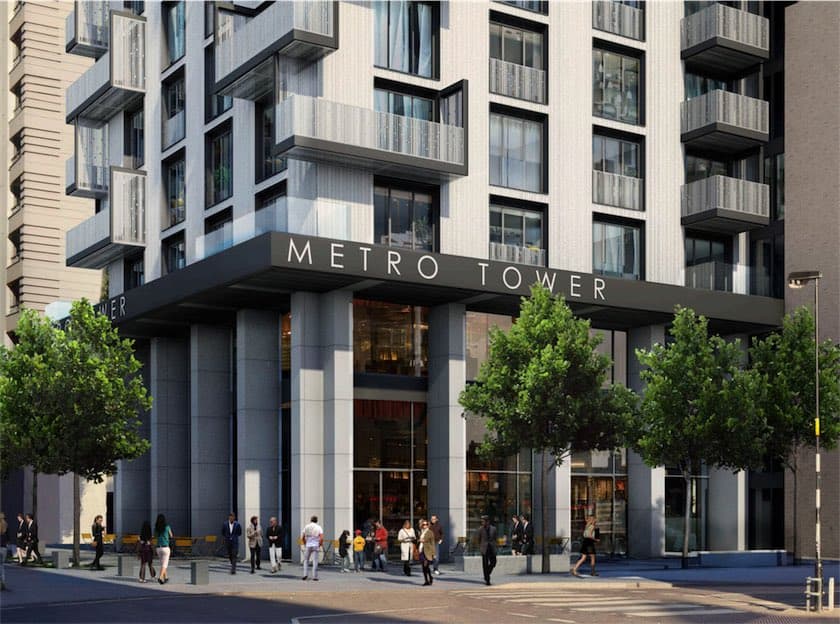 The new tower, branded as Metro Tower, has a white facade with groved-vertical elements of single fired engobe white terracotta, with perforated metal balustrade balconies, some of which will be Juliet style, in a zig-zag pattern on the central windows, with the corner elements having external balconies that project past the corner of the building, again in a repeating pattern. 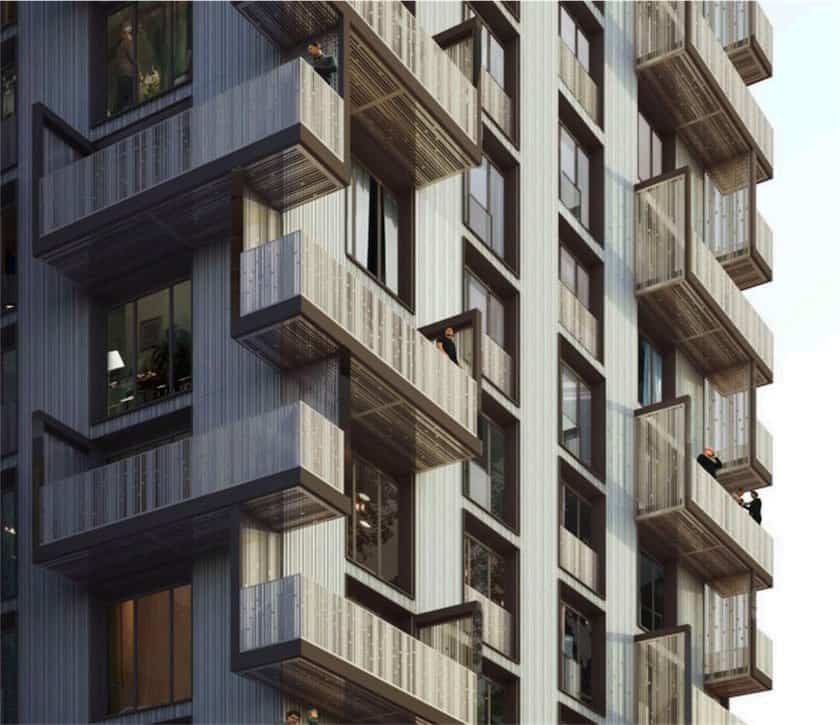 Ilford already has a selection of towers, including a  neighbouring 21-storey building called Raphael House, and the tallest building in the area at the other end of the High Road, Pioneer Point, where the tallest of the two towers is 36-storeys. With Crossrail due to arrive various other towers have seen proposals submitted, including a tower above the shopping centre car park, and a recently rejected – largely on grounds of low affordable housing provision – proposal for the Sainsbury’s supermarket. 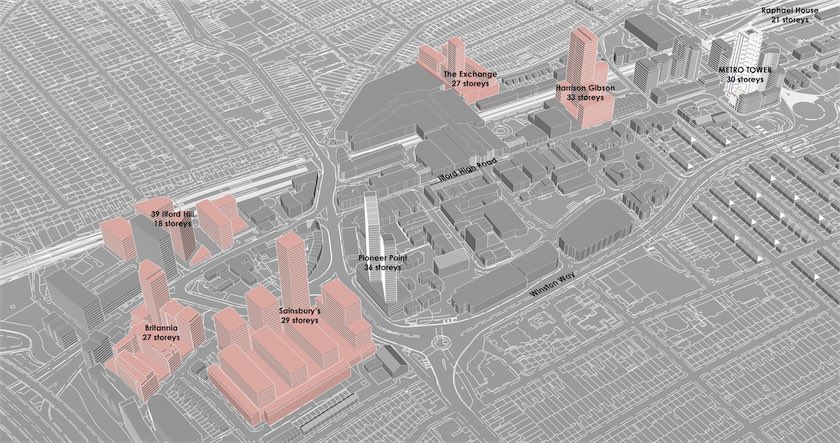 The Metro Tower will have 147 apartments, currently all proposed to be private tenure. These consist of 59 one-bed flats and 88 two-bedroom apartments, interestingly without any larger penthouse style or family-sized dwellings. 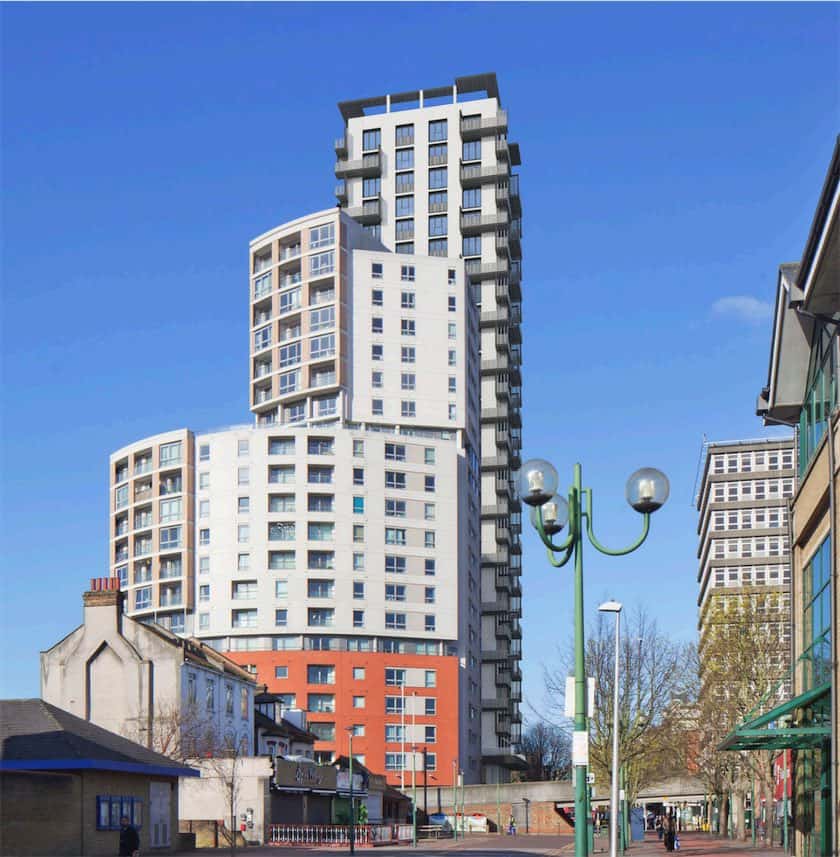